Dr. Jason Vevea and Dr. Ed Chapman, along with collaborators, were recently published in eLife on their work with Synaptotagmin 7 (SYT7). This paper, titled “Synaptotagmin 7 is targeted to the axonal plasma membrane through γ-secretase processing to promote synaptic vesicle docking in mouse hippocampal neurons,” highlights research on the localization & role in the synaptic vesicle cycle of SYT7.

Abstract: Synaptotagmin 7 (SYT7) has emerged as a key regulator of presynaptic function, but its localization and precise role in the synaptic vesicle cycle remain the subject of debate. Here, we used iGluSnFR to optically interrogate glutamate release, at the single-bouton level, in SYT7KO-dissociated mouse hippocampal neurons.

SYT7 supports these functions from the axonal plasma membrane, where its localization and stability require both γ-secretase-mediated cleavage and palmitoylation. In summary, SYT7 is a peripheral membrane protein that controls multiple modes of synaptic vesicle (SV) exocytosis and plasticity, in part, through enhancing activity-dependent docking of SVs. 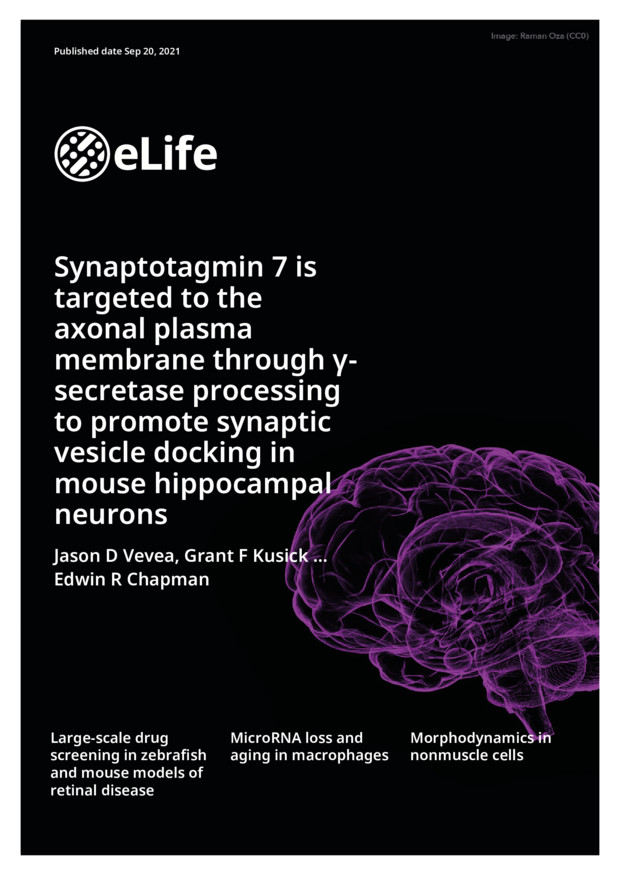