A new study from the lab of Xinyu Zhao, PhD, brings us ever closer to identifying treatments for psychiatric disorders like schizophrenia and illuminates the role of a specific gene in regulating the disorder. Psychiatric disorders such as schizophrenia and bipolar disorder affect between 18 and 36 percent of adults worldwide, roughly 7 percent of the global population. 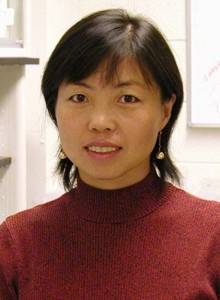 Using a form of treatment called gamma flicker light on mouse models, Zhao and her team have developed the framework for mitigating schizophrenia-like symptoms.

“This is the first case showing that a psychiatric disorder with reduced gamma oscillation can also be treated by gamma light.” – Xinyu Zhao

In addition to this treatment, the work also identifies the gene FXR1 as a regulator of the mechanisms behind this disorder.

“Regulation of Cav3.2 by schizophrenia risk gene FXR1 is critical for interneuron functions and social behaviors” was published in the journal Molecular Psychiatry in April.