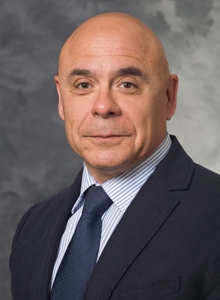 Dr. Luis Populin, professor of neuroscience at UW-Madison School of Medicine and Public Health, and UW–Madison collaborators have linked dopamine changes and functional connectivity using PET and fMRI in rhesus monkeys after oral administration of various doses of methylphenidate (commonly marketed as Ritalin).

Using PET imaging to study the brains of three awake adult male rhesus monkeys of different temperaments at the Wisconsin National Primate Research Center, Populin and colleagues have demonstrated the complete actions of the drug on various regions and chemicals in the brain. They were able to directly link increases in dopamine from methylphenidate to changes in functional connections between the caudate and the prefrontal cortex, precuneus, and hippocampus using simultaneous fMRI imaging.

Methylphenidate (Ritalin) is used extensively to treat attention deficit hyperactivity disorder (ADHD), though its effects on cognitive functions and their underlying neural mechanisms are not well understood. Little is known about the link between changes in dopamine levels and changes in functional brain organization, including the connections that affect attention, learning, and motor processes.

These findings are the first step toward understanding the organization of pathways that build brain networks used in attention and learning with usage of methylphenidate, and in what situations those alterations are helpful or harmful. Neuroscience research associate Abigail Rajala, one of three first authors on the paper, explains: “It could be that the right dose to have your child sit quietly at their desk for an entire school day is actually having detrimental effects on other aspects of their cognitive function that are not as easily seen or measured.”

The next step is to see how varying amounts of the drug and changes in functional connectivity line up with performance on memory and learning tasks to determine whether differing doses expand or shut down different pathways to improve or hinder different brain functions.

“Our study sheds much needed light on understanding the mechanisms underlying the effects of therapeutically relevant doses of MPH. We hope we can expand on this research to better understand how the drug works in the brain while it’s actually processing different things. The more we can understand about its effects in the brain, the more informed doctors can be in dosing the drug for children.”