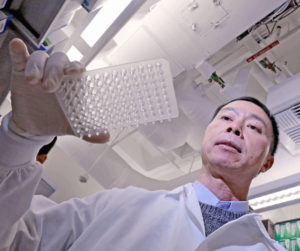 In his UW-Madison lab, Su-Chun Zhang discovered a likely cause of ALS, the deadly neurological disorder also known as Lou Gehrig’s disease, after turning skin cells from ALS patients into stem cells. The research is one of many ways scientists in Madison and around the world are making use of a groundbreaking development announced 10 years ago this week: induced pluripotent stem cells, or iPS cells.

“If we know what’s going on at the early steps of the disease process, we can potentially devise a means to intervene,” Zhang said.