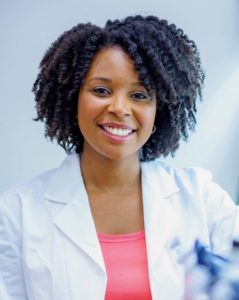 Chantell Evans, PhD, a postdoctoral fellow in the Perelman School of Medicine at the University of Pennsylvania, and former member of the Chapman Lab, has been selected by the Howard Hughes Medical Institute (HHMI) as one of 15 early-career scientists in its first year of HHMI Hanna Grey Fellows.

Early-career researchers get a $1.4 million boost