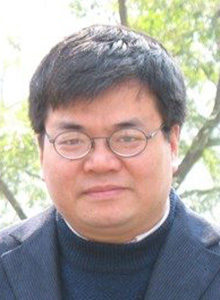 My lab is interested in several aspects of the development of the cerebral cortex. We are interested in how the different levels of organization in the cortex, from global to cellular and synaptic organization and from neural to vascular patterning, arise during normal development and how they may be affected in and contribute to brain neural and vascular diseases. To investigate how the exquisite layer organization of the cortex arises, we focus on the question of how the generation and migration of neurons and glia are regulated. We employ mouse genetics approaches and use tissue specific gene knockout technology to answer this question. Among the genes of interest to us is a gene involved in G protein coupled receptor (GPCR) signaling. We have found that mutation in this gene, ric-8a, which encodes a guanine nucleotide exchange factor (GEF) for heterotrimeric G proteins, results in cobblestone lissencephaly-like malformation in the cerebral cortex as well as lobule formation defects in the cerebellum. One of our goals is to use this mutation as an entry point to gain new insights into mechanisms by which cell-cell communication coordinates the complex process of brain development.

The normal embryonic (E16.5) cortex contains a densely packed cortical plate underneath a cell-sparse marginal zone (Nuclear staining in green). A pial basement membrane (Laminin staining in red) enwraps the cortex on the surface. In ric-8a mutants, ectopic neurons are found at the pial surface, in association with breaks in the basement membrane, similar to phenotypes in type II (cobblestone) lissencephaly in humans.

Blood vessel development in the brain

To understand how blood vessel development in the brain is regulated, we focus on interactions between neural and vascular cells. Specifically, we have found that radial glia, neural progenitor cells in the developing brain, play an unexpected in regulating the stabilization of nascent blood vessels. In the absence of radial glia, newly formed blood vessels in the cortex become destabilized and eventually undergo regression. This provides a unique model to determine how new blood vessels in the brain are stabilized. One of our goals is to determine the identity of the signal(s) involved as well as the vascular genes regulated by radial glia. We are also interested in whether and how these genes may be involved in and contribute to brain neurovascular diseases.